Wonderful review from Rosie’s book review team for Blood of the Sixth.

Today’s Team Review is from Teri, she blogs at http://teripolen.com/

Teri has been reading Blood Of The Sixth by K.R Rowe 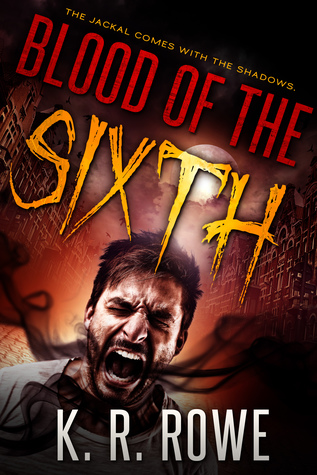 In the quaint Southern town of Port Bella Rosa, something sinister lurks beneath the cobblestones. When hunger stirs a centuries-old evil, a demon awakens, releasing its hunters in search of prey. Jackals swarm from the mist, seeking out quarry, sating their master with offerings of human flesh.

Allie Kent catches a glimpse of the first victim: a corpse with its organs, muscle and bone all consumed, leaving nothing more than skin behind. While police work to solve the unexplained murder, more bodies are found mutilated. Finally convinced the killer isn’t human, Detective Phillip Chambers is desperate to shield Allie from harm.

But something haunts Allie: shadows spill through her darkened window; nightmares invade her sleep while visions confuse her waking thoughts. With Phillip her only protection, Allie struggles to…