In a rage, Pete Denning commits an unspeakable act while in a desperate attempt to keep that which he loves –his son. But eliminating his problem doesn’t solve anything. It only breeds and nurtures his worst nightmare.

I’ve read Deadfall Lane twice and yes, it is that good.   It is a very short story that took me only about twenty minutes to read.

Finn weaves a chilling and gripping tale that left me thinking about it long after I finished reading it. This story has it all: love, hate, rejection, betrayal, murder and a deep, heavy creep factor to hold it all together.

Finn is an excellent author and I’ve read a few of his other stories, such as No Such Thing as Monsters and Stones. All are beautifully written and I recommend any one of Israel Finn stories.  If you have a few spare moments and want to fill them with something great to read, grab one.

You can find all of Israel Finn books on his author page at Amazon. 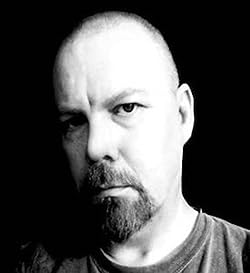 Israel Finn  is a horror, dark fantasy, and speculative fiction writer, and a winner of the 80th Annual Writer’s Digest Short Story Competition. He’s had a life-long love affair with books, and was weaned on authors like Kurt Vonnegut, Ray Bradbury, Richard Matheson, Arthur C. Clarke and H.G. Wells. Books were always strewn everywhere about the big white house in Indiana where he grew up. He loves literary works (Dickens and Twain, for instance), but his main fascination lies in the fantastic and the macabre, probably because he was so heavily exposed to it early on.

Later he discovered Robert McCammon, Dean Koontz, F. Paul Wilson, Dan Simmons, Ramsey Campbell, and (God help us, everyone) Stephen Edwin King, as well as several others, and the die was indelibly cast.

Right now he lives with his wife in southern California.